Students in U.S. classrooms, more than anywhere else in the world, have a legitimate reason to worry about classroom shootings. In 2015 alone, there were 64 classroom shootings in America. Here in California, in 2014 six people were killed on the UC Santa Barbara campus and 14 were injured.

Active shooter scenarios are no longer a once in a decade problem. Mass shootings have steadily been on the rise in the age of assault weapons capable of unleashing massive casualties in a matter of seconds. If your classroom is under assault from an active shooter, what will you do?

Recent statistics illustrate the severity of the problem. One of those statistics that stand out is the fact that 85% of school shootings are committed by one person using at least two weapons and the shooter is 85% of the time someone who was bullied.

Trying to implement means of thwarting these types of school shootings is made even more difficult with the fact that over 70% of the attackers in these situations end up committing suicide. Getting into the minds of the perpetrators and the reasons behind such atrocities is nearly impossible.

In light of all of this, school administrators are forced to come up with ways to protect their students in the event that they are one day in an active shooter situation during the school day.

Most school shootings amount to two minutes of terror for the school. That’s the average time it takes for an active shooter to enter the building, do damage, and then kill themselves. According to a 2015 report by the FBI, in close to 60% of cases, the event was over before the police ever arrived on the scene.

That means that you have to have an action plan in place long before a shooter steps on the premises. Like your regular fire and tornado drills, your students should know where to go in case of an active shooter scenario.

School Furniture and Tools You Should Have

In the heat of the moment, it is easy to lose your head and make poor decisions. When your students know where to go and what to do when the alarm bells go off, they have a much better chance of surviving the incident.

Technology in assault weaponry has created a situation where a bullied student has gone from presenting a danger to one bully to causing mass casualties on an entire school. You can make your classroom safer and act in the face of violence by teaching your students how to shield themselves using their classroom furniture.

Loyola Marymount University put together an active shooter drill guide for sheltering in place this year. For help devising a school safety plan for active shooter scenarios, download the pdf. If you are in need of better school furniture, we offer the most competitive rates in California. Contact us today to request a quote.

At The Furniture Family we offer more than top of the line indoor and outdoor furniture. We are the team to call when you need professional furniture installations in California. From simple cubicle and desk installs to sophisticated filing systems and inset cabinets, our expert team can tackle any project you have. 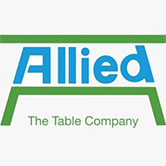 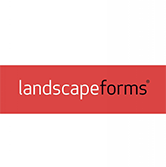 Family Owned And Operated Since 2004

Welcome! A&M Church and School Furniture is the leading purveyor of indoor and outdoor furniture products, supplying churches, schools, offices, daycares, event halls, recreational spaces and many other venues throughout Southern California. Today, this family-owned operation is rapidly expanding across the nation, providing the same comprehensive, fast and efficient services that have distinguished the company from the competition since 2004. New Products?Learn About Our New Emergeny Barricading System! LARGE QUANTITIES?Request A Special Quote Now QUESTIONS ON ORDERINGS?Learn About Our Order Process OUR MANUFACTURERS?See Who We Work With